We also sell remnants online with a 35% discount. Click here!

Getting creative with linen

When you think about linen, you probably think of linen clothing, linen curtains or maybe a linen tablecloth. But there’s so much more you can do with linen! In this blog, we’ve rounded up a few creative ideas.

The four poster bed is a real classic and has its origin in the Middle Ages. Today, we associate four poster beds with wealth and luxury, but back then it was mostly used for practical reasons, as it was great for isolation and privacy.

Today’s four poster beds give your bedroom a luxury and romantic feel. For a truly rustic, modern and natural look, cover your four poster bed with linen. Magnificent! 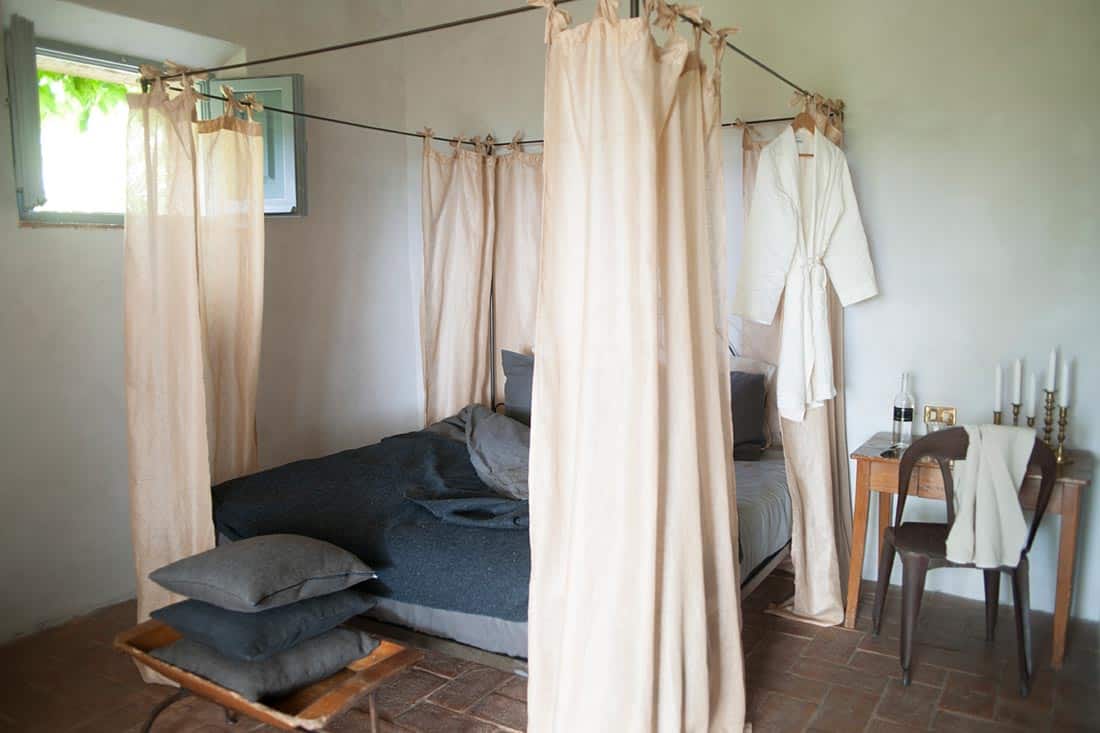 The shower curtain doesn’t have the best reputation and often is one of the least loved items in a bathroom. That’s no surprise, as most shower curtains are made of plastic and adorned with less than attractive prints. But did you know you can also make a shower curtain out of linen?

A linen shower curtain does not only look great, it also dries fast and has antibacterial properties, which means your curtain will stay fresh and clean for much longer than a plastic curtain. 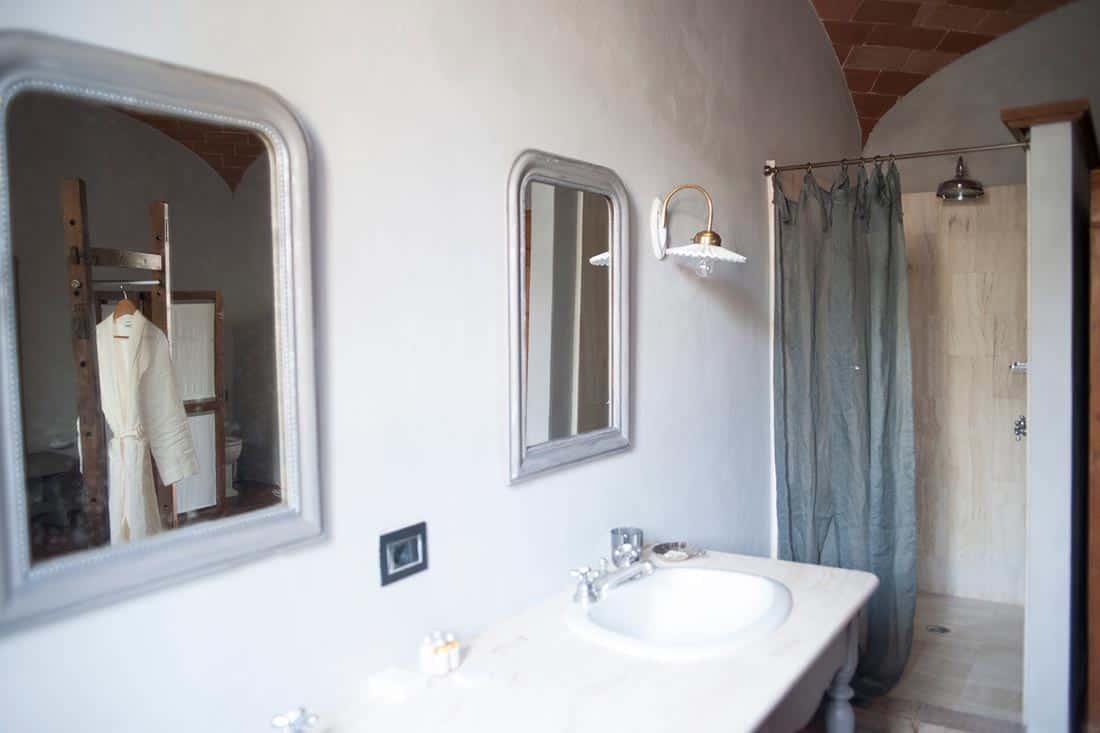 A linen shower curtain as seen in the La Saracina hotel.

Using fabric as wallpaper is not that common, but it is most definitely beautiful. It really adds to the acoustics in a room, it hides imperfections on your walls and it diffused the light beautifully.

Not only your walls, but even closet doors and normal doors can be covered with linen, which really brings an unexpected touch to any room.